Target is not yet ready to fight Agism. 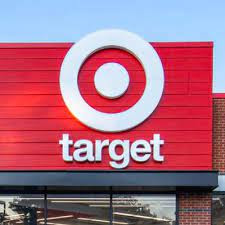 For those who know me, you know I am a straight, middle - aged white guy. That's right. The one everyone loves to hate these days. Not only that, but I'm employed, volunteer at my local firehall, go to church, and dare I say it... even give money to charities. I know... quite the villain, right?

Well, as many of my friends point out, there is nothing I can do about it. But I have been inspired by recent movements in the political world. And, as my friends will also tell you, I am cheap. My wife fussed at me a while back for only making cabbage when it was on sale. That's right, I waited until $.79 cabbage went on sale for $.64.

My moment of emancipation from the shackles of prejudice came at Target. I was in line behind an elderly man. He was very personable and he and I chatted at length over the old "WPA" vs the new "stimulus to stay home." His opinion was that the government should pay people to work rather than pay to not work. His monologue ended when the cashier asked him if he was having a good day and began scanning his items. I thanked him again for his service in the military (Vietnam Veteran) and watched as he pushed his buggy to the end of the check-out area. There he told the lady he wanted to access his senior discount. "Access" was his term and I thought it was spectacular. Not "Can I have?" but "I'd like to access my senior discount."

And right there, holding some must-have clearance halloween candy I realized this man hand placed his thumb on the next critical issue. Access. Because of my age I had been denied access to an American privilege: the discount.

As I stepped up to the counter I followed my new mentor's lead.

"What discount?" came the question from the cashier.

"I'm a volunteer first responder and a teacher."

"None of those people have discounts."

"Okay, I also identify as a sixty-five year old man."

The cashier stopped scanning and looked up at me. Then said, "You can't do that."

And there it was. Target, and perhaps America, is not yet ready for age identification. Last time I tried it was in the late eighties. I suggested that I was already twenty-one. We were not ready then, either.

Like you, this great sadness led me to do what all Americans do when sad. Google. Search the internet for like-minded people, to build social connections, and hopefully make our voices heard. Turns out, I am not alone.

Emile Ratelband, age 69, sued the state suggesting his birth certificate was mistaken. It said he was 69, but he identified as 49.

See his story here or Here

Now at this point, I had a choice to make. Continue searching for other lost souls who identify a different age and seek to campaign for change, or read this cool article I found on 25 dumb lawsuits. Knowing I had to go to work soon, I did the latter.

Here are a few of my favorites where the plaintiff won.

Jian Feng sued his wife for lying about being ugly. What? Yes.... Apparently when they had their first kid the conversation went something like this:

Jian: Can I hold my child? 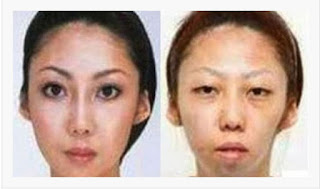 Jian: "Wait a minute, you know how every parent says their kid is beautiful? I can't - this kid is ugly."

Jian: "No way. You are good looking and I am good looking. You must have cheated on me with some really ugly dude."

Next we have Daniel Dukes, who in 1999 decided to self-identify as a whale. He proceeded to try and swim with a whale and... surprise... you swim with the killer whale... you sleep with the fishes at Sea World. The family sued the park for failure to put up proper signage. They apparently needed a sign that said something like: 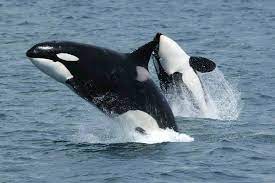 Attention anyone who identifies as a whale. These whales, while the same as you in spirit, may be bully whales and can cause damage to your self-esteem and spinal cord if you choose to swim with them."

And last, there is the suit by David Roller - He claimed that David Copperfield stole his God-like powers.

Now, not to be conspiratorial, but there is debate if this lawsuit actually happened or just the musings of Roller. Of course, it should be said, that the first thing David Copperfield would do with God-like powers is get rid of whomever gave them to him. Classic cover-up story.

And the second thing he would do? Obviously, change his age. Ageism has no impact on the wealthy, wizards, and those with god-like powers. For the rest of us, we must wait patiently still at the mailbox for our AARP cards.