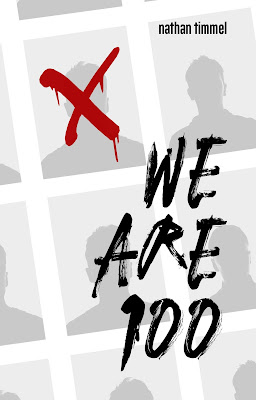 Today, we have an opportunity to talk to Nathan Timmel. Nathan has written the book, We Are 100.

First, let me thank you for joining me. I appreciate you giving me your links and I want to share those with our readers.

Can you tell us a little about yourself and what led you to start writing?

Oh boy… that should be an easy question, but the truth is, I don’t remember. It’s just something I’ve always done from childhood. Ever since I could ham-fistedly grab a crayon, I was scribbling out words, then sentences, then paragraphs, and finally stories. So, I can’t really pinpoint a time when, say, my version of a John Keating inspired me, or the first story I ever wrote, because it’s been so long. I’ve just always been someone who has tried to get my thoughts out of my noggin using the written word.

Professionally, I’m a stand-up comedian. I stand on stage and yap funny stuff into a microphone.

My wife and I love stand-up comedy. I have to confess I googled yours and found myself laughing.

So what led you from comedy to writing?

But, being a fella with thoughts that aren’t always humorous, I needed an outlet for things that wouldn’t get a laugh. We Are 100 became a conduit for thoughts of mine that wouldn’t work in a comedy club.

Because I’m a comedian, writing is my hobby. I spend a lot of time sitting in hotel rooms, and use writing as a way of being productive. Instead of watching TV, or drinking, I pound away at the keyboard.

I guess the only thing I would say would be to write, write, and then re-write. You won’t know what you’re capable of until you hunker down and try.

I had an English Lit. professor in college that explained that there was an audience for everything. Everything. Just because one person doesn’t like your story, doesn’t mean another person won’t love it. So, write the stories you want to write; don’t write what you think other people want to read. Don’t chase an audience, create it.

How many hours a day do you write? 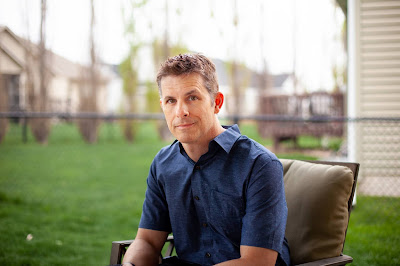 It varies… I write when I have an idea. I’ve never written for the sake of “getting my reps in.” If I have nothing to say, I’m not going to force it.

The editing. While I enjoy barfing an idea out onto the page, to me the real fun is going back and honing it; making the words crisp and pointed.

The simple act of accomplishment is a form of success. You finished something, which is fantastic. When I finished my first book, I had a thousand people tell me, “Yeah, I’m thinking about writing a book, too.” That was over a decade ago, and only one person followed through. It’s one thing to fantasize, and another to put in the effort. So, if you write a book, that’s success right there.

We Are 100 is a thriller that asks: what happens when someone of means organizes and weaponizes people at their wit's end?

Everyone feels powerless at some point in their life, especially when bumping up against large institutions. But what if you could take on a district attorney that refuses to prosecute rapists? What if you could exact revenge on the bank that incorrectly foreclosed on your house?

We Are 100 toys with your moral compass. It makes you question whether or not the “bad guys” are really the villains, since they’re acting as vigilantes against actual evil.

Can you read / provide us with a small excerpt?

In the sample you’re about to read, a man named Stuart Francart is making his move.

One year ago, he took on a position as a janitor in order to gain access to a pharmaceutical company that wronged his family.

No one noticed him. People went about their business, typing away on keyboards, taking phone calls, and shuffling paperwork. In a way, wearing a janitor’s uniform was like wearing Harry Potter’s cloak of invisibility. If you weren’t wearing a suit and tie, you were “less than,” and therefore not worth looking at. Maybe that wasn’t the case on some of the lower floors, Evan mused, but it definitely was up in the penthouse.

Evan generally pushed his cart down deserted hallways at night; having to navigate people in a hurry was challenging, but not horribly so. When he arrived at the boardroom door, Evan took a deep breath. He could still back out now, if he really wanted.

Instead, Evan turned the handle. Though he was quiet as he entered, all heads turned to greet him.

“Excuse me, we’re in the middle of a meeting here,” someone said, but Evan wasn’t sure who. His concentration was elsewhere.

After parking his cart, when he turned to face the group of six men and three women, the gun was level in his hand.

Right now, I’m focusing on my recording my seventh stand-up comedy album. After that, I have another nonfiction work bouncing around my noggin.

Any plans for the upcoming holiday?

I plan on telling the world that my book would make a great Arbor Day gift. Take that, trees!

What part of writing and publishing was most difficult for you?

Oh boy… I’d have to say the most difficult thing was getting the margins correct. Every time I uploaded the book, a glitch in the system would add page breaks where there were no page breaks, words would get cut off…

Translating a Microsoft Word Doc into a publishable book is a pain in the tuckus.

But it’s worth it in the end.

The book is available on Amazon, found here…