Interview with Will Shingleton 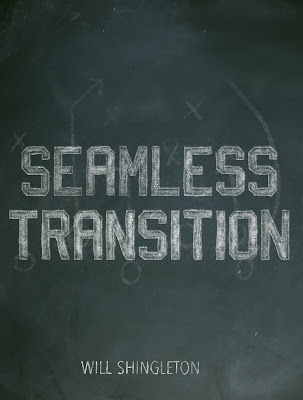 Today, we have an opportunity to talk to Will Shingleton.

Will has written the book,

Sure! I’m originally from Birmingham, Alabama, but my wife and I live right outside of Greenville, SC. We moved from Alabama Crimson Tide country to deep into Clemson territory, and that has been a very educational experience. I’ve always loved reading and writing, but it took a while for me to decide to write creatively. I knew it was something I wanted to do eventually, but I had a lot of trepidation about being terrible at it, or about not finishing something once I started it. Life just got in the way sometimes, too. I made my first documentary podcast in 2018, and after a strings of successes and failures, that experience gave me the confidence I needed to try writing. I haven’t stopped since.

All kinds of places; my stories will almost always have some sort of sports tie-in, but mixed with something else. This book, for instance, is ostensibly about college football, but the main inspiration came from the history late night television. I like to write eclectic stories that combine things I find fascinating with my own, real-life emotions and experiences.

Other than writing, my main hobbies are watching/reading about sports and playing video games. Without those things, I doubt I’d have anything interesting to write about at all. Many of the characters in my books come directly from characters generated in video games I’ve played.

I teach middle school and know so many people young and old play video games. I bet that really resonates with your audience. What led you from playing to writing?

After a while, I realized that the habit I’d developed of giving them all in-depth backstories wasn’t something that everybody did. Thankfully, I took the hint, and started using the storytelling muscles I’d been developing for years to write books. The sports world can be very insular, and its politics and machinations make for some very interesting character studies. However, it can also be quite universal, and drawing parallels between sports and “real life” is a strength of mine as a writer. 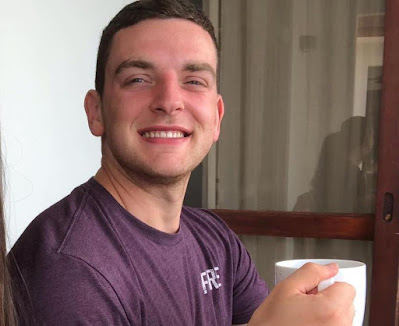 You’ll probably suck for a little while, and that’s okay.

If you’re writing a fictional story, make a map or chart of how your characters will grow over the course of it. Maybe a character’s fundamental flaw is being selfish, and your story helps them grow to be more compassionate and empathetic. Maybe they’re insecure and develop more confidence. Maybe they think they want something, but your story has them come to realize that they need something else. If you have an idea of where they’ll end up, getting them there will be a heck of a lot easier.

I am a part-time writer, and a full-time freelance media producer. When I first started, I would wait until my wife went to bed and write until midnight. These days, in the age of COVID, I have quite a lot of time to write. That’s been one of the few positive takeaways from the past year of pandemic.

Seamless Transition is the story of a college football team’s ins and outs, and the often soap-opera like machinations and drama that can go on behind the scenes in the interplay between coaching staff, players, and the powers-that-be. Told in a documentary style that mixes interviews, press releases, and sports articles, Seamless Transition follows the career journey of Dave Medina, an ambitious and talented man who dreams of being the head coach of a successful college team; but when he gets the chance to rise up through the ranks and prove himself, the forces that want the old power structures of that program to stay in place conspire to oust him.

My favorite sport is actually soccer, and I have a soccer book in the drafting process that I’ve been working on for a while. There’s also a YA story connected to Seamless Transition that I’ve had finished for a while; hopefully, that will get published eventually, either by me or someone else.

I’m from Alabama, so I sort of have to say Harper Lee. To Kill a Mockingbird is still my favorite book. John Green (also an Alabama guy) is another one, although my books are next-to-nothing like his. C.S. Lewis is an all-time favorite. I also love non-fiction authors like Malcolm Gladwell and Michael Lewis.

Self-doubt. Writing is hard work, especially when you’re in that first/second draft kind of stage. It gets even harder when you’re questioning every word you type! Comparison is dumb. Don’t do it.

That is good advice for a very difficult part of the writing process. Anything additional you want to share with the readers?

I hope you like the book! I wrote it because of a pattern I saw: as a species, we kind of suck at moving on from influential and successful leaders. Someone has to pick up the mantle when that person inevitably moves on, but the way we do that tends to leave all parties unsatisfied. There’s an art to shifting power from one person to another, and if it’s not done properly, things can go horribly, horribly wrong.

Thanks for joining me. I see as of the day of this blog interview, you are in the top 200 for books on football. Congrats! One more time, where can someone go to purchase your book?