WHY WE WRITE: A Writing Group? 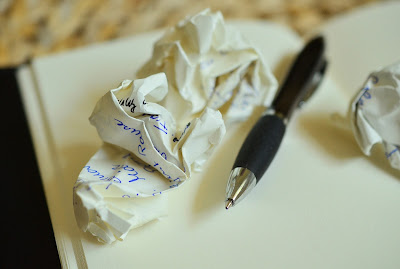 How to choose a group:

I have interviewed now over 25 independent authors self-publishing and working to bring their book to market. Of those, I have read nearly 20 of their books in the past two years. I ask a set of interview questions to each author. If there is one question that I have found directly relates to the quality of their work it is their answer to "Are you part of any writing groups?"

A "yes" almost always, translates into a stronger story, a better book, and a more marketable (corrected and edited) edition. It is not universal, and there are exceptions on both sides. However, it is enough that I would suggest some causality.

If you have been reading this series, you know already that much of my journey came about because I enjoyed the friendships I formed. I came to writing as an avid reader with stories to tell, who loved BBQ, and met a few friends who wrote. Since then, I have participated in several types of groups. It is true that most groups may serve in multiple arenas but I would venture to say most pendulum swing to one side or the other. Here are my classifications:

I am a member of a group called Crazy Buffet Club.

We got our name because the original members met at a Ryan's Steakhouse twice a month. Ryan's closed down and a hibachi style buffet opened called the Crazy Buffet. The Crazy Buffett closed as well and the group moved to Rib N Loin - a delicious BBQ place in Chattanooga.

Well... The next time we didn't curse the restaurant but the entire world as Covid sent us virtual.

Our group meets with all levels of writers. The first of the month we discuss the craft of writing and check in on each other's progress. The second we look at a writing sample to discuss (Maybe more along the lines of the second style group though we are pretty informal)

The name Crazy Buffet stuck because we have an anthology we put out from time to time. All proceeds go to support the Chattanooga Young Writer's Group based in our local college. Since we are an eclectic group the stories are not themed. It is indeed a bit of a crazy buffet of southern fiction.

In some ways, it seems like a group that doesn't move the writer forward. But, I would suggest it is a pivotal group to join if you are a new writer looking to move toward publication. For one, there is an easy access point to get your work in print. There are also many seasoned members to coach, teach, mentor, and help. Most of all, there are friendships that make worldbuilding, character sheets, and discussions of "what if's" fun. The group needs a strong lead to keep things between the rails. Such groups can often be found in local writing guilds. I know such groups exist in Atlanta, Huntsville, Knoxville, and Birmingham - cities near me. I know that my own city of Chattanooga has such an umbrella to help locate a good group. Ours is the Chattanooga Writer's Guild.

A professional group gives opportunity to join a set of writers (and possible other artisans) for the purpose of benefiting from each other collectively. Above I mentioned the one in my city: Chattanooga Writer's Guild. While it helps people locate a group, it also offers contests, open mikes, public gatherings, workshops, and other activities.

The Atlanta Writer's Club, located in a bigger city, actually offer paid opportunities to set your work in front of real agents and editors. I have done this a time or two. While the cost for such a venture can be steep ($700+ depending on the hotel and extras you purchase), you will learn the craft in a way that you may not be able to otherwise. Sitting in front of an agent or editor who plows through slush daily for the gems offers you feedback about your own writing as well as market trends.

There are also professional groups that are genre specific. For myself, I joined the Society of Children Book Writers and Illustrators.  It is a group organized around the writing of picture books up to young adult fiction. They have conferences (including group gatherings at the bar that often feel more like the geographic encouragement and friendship groups) as well as contests. They take submissions and winners get mentorships with established authors and illustrators. They also have tremendous boards to ask questions, research what others have done, and learn. The boards range from everything from "How to have a presence on Goodreads" to "The use of present tense in first POV" to "Marketing tips for FB." If you are just learning the business side of writing or feel stuck, I would highly suggest joining at least one professional organization and taking part in their activities. Usually the membership is low cost and much of their offerings are free. The "add ons" usually are when they have cost due to bringing in someone with expertise.

I had a book I was working on that was middle grade fantasy. I joined an online group. We had four members. Each week we edited and critiqued up to 3,000 words of a manuscript. That measn once a month you had three highly motivated writers in your genre reading 5% or more of your novel (Middle Grade often is 30,000 words). The feedback is tremendous and best of all, happens while you write so you don't have the whole draft done, facing a massive overhaul to fix problems. The pace is demanding. However, the benefit is spectacular. We found people who are writing to share their story with family or friends are probably not a good fit as the critiques can get honest. Sometimes there is a lot of blood on the page. It makes you better if you are in it for the long haul. Those wishing to write their memoir or one story might want to pass.

Often these are paid (see below paid services) but here I would mention a writer can learn an awful lot without ever paying. Many agencies online offer free content. Many more offer free workshops (check your local writer guilds, libraries, or schools).

In addition, there are groups that focus on the craft of writing and many more that focus on the expertise of a genre. Want to know about dragons? Military jargon? Bakeries? Seaside towns? There is probably a way to get with the experts in those areas even if they aren't necessarily writers. 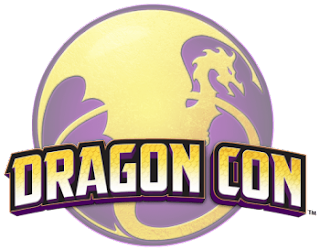 In the paying department, these can often be found inside the content driven world of the genre. For instance, in the fantasy world there is a writer's track at DragonCon and other such fan conventions. A quick search of "(genre)" writing conference (or convention)" probably pulls up a list. Some genres have more than others. But even if your thing is cozy mysteries there is a benefit to going to a writing group working in a small town or if you love science going to an engineer's convention and listening to their foremost speakers. 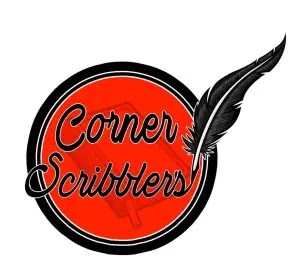 Groups who identify a very narrow niche. Often built around a task the group does together. In some ways, my Crazy Buffet group fits this build with its Anthology. But a better illustration would be another local group I am familiar with termed The Corner Scribblers. They are specific to fantasy, sci-fi, military sci-fi, and steam-punk. They dabble a bit in horror in so far as it touches those elements. They produce quarterly flash fictions based around specific prompts the members must adhere too. They work to feed a small Indie press as well as to support each other in their writing. In many ways it is similar to the first group with the biggest difference (and why I list it here) being that everyone in the group has something in common regarding their genre. It allows for more specific discussions of craft. Groups like this often clean their rosters more often and frequently have more deadlines for members to me to keep an active partnership.

A great example of these types of groups are NANOWRIMO (National Novel Writing Month) or STORYADAY in May.

Both of these groups offer paid extras, but you can join for free. For the entire month of November you can try and crank out a book with others, blog, talk to friends, meet other writers in forums, see cool motivating graphics, and hopefully get close to a first draft.

Story A Day ocuses on short stories and each day a prompt is sent out. "Write a fairy tale in a modern setting." "You are in a house with no windows. Why?" Or "Tell about a time when there was no sun." The prompts are great and if you join the chat groups you get to bounce off ideas with other authors. It is a great way to get juices flowing. If you do thirty days you are likely to have a few great stories ready for polish when done. After all, can you really write a bad story thirty times in a row?

Last year I joined NetGallery. It is a site designed to connect readers with ARC copies (Advance Reader Copies) or new releases for the purpose of garnering reviews. I had limited success, but largely due to my work being outside most of their reader's preferred genre. However, I offer it as an example of a group that is designed for a particular service.

Others, such as the highly recommended the Apex Writer's Group. Their tag line is awesome:

"J.R.R. Tolkien and C.S. Lewis had the Inklings as a writing group. Hemmingway worked with Faulkner and Steinbeck to achieve greatness. No it's your turn."

Apex is a group where qualified mentors teach you the craft to prepare you to be a bestseller. It is not cheap, it is not easy, and it is not for everyone. It is on my "must do" list for sure, though the price tag has kept me from it thus far. There are many more like it. Some are scams and some are top notch opportunities.

In close, there are many options when we say "Are you in a writing group?" My hope, for you and your journey, the answer will be a "Yes" at least in some regard. Find one that helps you write better, encourages you to write more, and gives you opportunity to join others in their journey.

Email ThisBlogThis!Share to TwitterShare to FacebookShare to Pinterest
Labels: On Writing, Vintage