For a chance to win, enter the rafflecopter below:  a Rafflecopter giveaway

Corinth 2642 AD by Bindiya Schaefer. In a future where ethnicity is individually unique, a young investigator is forced into a pureblood, cultish society when its young members start to go missing. 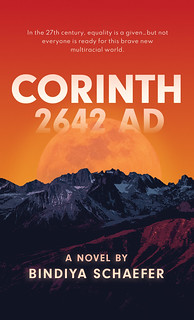 Blurb:
In the year 2642, no one person is ethnically like the other. Globalization, war, and other catalysts have given birth to a diverse and multi-ethnic new world.

Not everyone feels this new society is ideal, though. A select group of seven colonies—a pureblood, white supremacist cult complete with arranged marriages and heavily guarded borders—have only had one mission: protect the bloodline from contamination and produce the next generation of survivors. But some young people, destined for a life without choices, make a run for it, including Cara, the granddaughter of Julius Bull, the colonies' leader.

Desperate to keep her dissidence quiet for fear of potentially inciting a power struggle within the colonies, Bull brings in Jimmy Matoo—a Special Investigator from San Francisco whose brother was found dead near one of the colonies the same night Cara disappeared. For Matoo, the visit to Corinth, Oregon, is eye-opening. He has never seen a white person before and is shocked by their ideas of imperialism, racial purity, and the prospect of arranged marriages in the 27th century. His investigation reveals that dozens of young colony members have gone missing over the years, and some have been found dead on the outskirts of Corinth.

With the clock ticking, San Francisco’s Detective Matoo’s missing persons investigation soon becomes a fight for survival—turns out the residents don’t like a brown fellow in their midst. Can he find Cara, figure out what happened to his brother, and save the leader's family from the Cabal before it’s too late? Maybe. But first, he must find out who in the colony has the means and connections to smuggle the dissidents out without being detected because it could be the difference between life and death.

I am participating in a  blog tour organized by Lola's Blog Tours. The tour runs from 22 November till 5 December. You can see the tour schedule here. 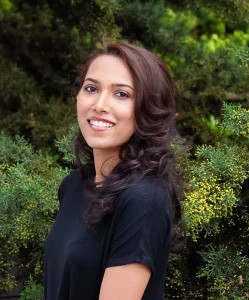 About the Author:
Bindiya is a former defense and aerospace journalist. Before moving to the San Francisco Bay Area, she lived in Dubai, UAE, and Bangalore, India.

For a chance to win, enter the rafflecopter below:
a Rafflecopter giveaway 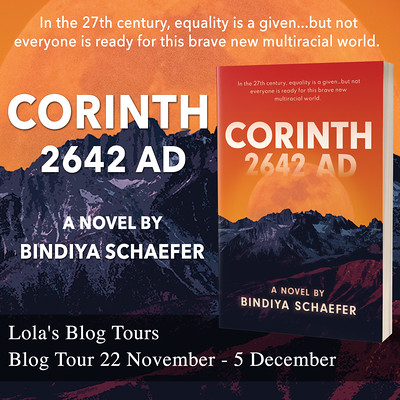 The book is set in a future where racisim is dead… well …. Almost.

For me it was an interesting mashup of The Grace Year, Longmire, and White Fragility. I liked the world build of a world where interracial marriage, space travel, and radical climate change have developed a more unified world system. The colonies to me read a bit too “preachy.” The colonists are too over – the – top for me from their blatant racism to their breeding systems for children.

The book is a bit mystery and a bit dystopian sci-fi. It is well written and the core story is compelling. I did enjoy the characters in the book, particularly Detective Matoo.

I would give it five stars except I felt often pulled out of the story for the sake of the propaganda. To be fair, the world of racism, torture, sexism, and such moved the plot forward, but I seldom enjoy books that take modern conflicts (albeit in a future world) but build a bit of a straw man for one position.

NOW... For the Interview:

I’ll start with a fun fact: I speak eight languages. One of them is my mother tongue, Tamil. My favorite is Arabic, which I learned to read and write while growing up in Dubai, UAE.

I kick-started my writing career as a defense and aerospace journalist in Bangalore, India. After eight years of that, I decided to go over to the dark side: marketing for a multinational corporation in the U.S. So, I packed my bags and moved to California, where I now happily spend my evenings writing and my weekends camping in the California wilderness (where I also write) with my husband and our baby-dog.

My job has always been to tell stories. I guess now I’m just making them up instead!

Everything inspires me. Sights, sounds, smells. It usually comes to me as a wisp of an idea and it’s only when I start obsessing about it that I know I have to write it.

I live to eat! So, I find that I’m always (albeit subconsciously) incorporating scenes with food or cooking into my stories.

Write! Even if it’s only a line everyday, keep at it.

I have a full time job and write in the evenings or on the weekends. Rather than scheduling time, I work towards daily goals. I typically write 2500 words 4-5 days a week.

The torture and self-doubt.

Please tell us about CORINTH 2642 AD.

A lot has changed in 2642 AD. Chocolate has become extinct, Hyperloops have replaced cars and wearable technology is the norm. But nothing has changed more than humans themselves. People no longer identify themselves as White, Asian, Brown or Black. It is this world many in an isolated neo-nazi colony in Corinth, Oregon (where marriages are arranged and dissent from the status quo means death) yearn for.

PI Matoo’s investigation into his brother’s death leads him to Corinth. He quickly discovers dozens of young colony members have gone missing over the years, and some have been found dead on the outskirts of Corinth. With the clock ticking, Matoo's investigation soon becomes a fight for survival—turns out the residents don't like a brown fellow in their midst.

I just finished a SFF novel set in alt-Arabia. It’s essentially a love letter to my home town, Dubai! I’m now working on a new SFF set in San Francisco.

Life As We Knew by Susan Beth Pfeffer

Any plans for the upcoming holiday?

Surprise, surprise: I will be camping over the holidays! My husband and I go snow camping in the wilderness every winter and over the years it has become our little tradition, so I’m looking forward to disconnecting and spending time with him.

The couch and a warm blanket.