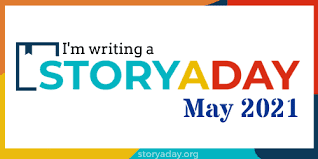 Today's prompt was to write a story where a ghost appears to someone doing an everyday task. Since there are no story-a-day police I ignored it and wrote this little tale. The story itself is an okay first draft (write one story every day, so never really edit them. They should have edit-a-day in June?) But I love the idea of this first line. I think it would make a great opening to a mystery or crime novel. I've got it down in my thoughts notebook and hope to make use of it soon.

People have made good lives out of borrowed ones before. That’s what I read once and suppose its true enough. I’ve borrowed a few lives in my day. I once got a Banana Split at my hometown soda shop just because the lady behind the counter thought I was some boy who hit a home run in some regional tournament. Funny thing is, I don’t even play ball. And in college I got to go to a sorority dance with the most beautiful girl I’d ever seen just because her boyfriend, my roommate, broke up with her the morning of the dance. She even kissed me at the end of the night and then asked me back to her place. I freaked out after the kiss and made an excuse to leave. Just left her there on the steps of Founder’s Hall. Still today, that was the best night of my life and it was borrowed. I wonder every day what would have happened if I had not walked away. I suppose nothing. After all, it was a borrowed night. Yes, a person can make a good life out of a borrowed one.

“This is it. This is the room. They won’t even let us clean inside. They just set the trash outside and we collect.” Simon and I grew up together. As kids we dreamed of being astronauts. I suppose a janitor and file clerk were as close as we could make it. But our lack of rank hadn’t stopped us from being explorers. Couple nights a week we roam the halls.  Most of the time all we find is some engineer’s expired diet bars or some unrecognizable data sheet. Once we found some blueprints to an inflatable space station. It was a draft model and looked like one of those giant bouncy houses just without the clown head on top. But tonight, our hopes are high.

“I heard them talking about this one at lunch. Don’t think they recognized I was there. It is a prototype but they said they have already had success.” Simon said as he picked the lock. In the movies there are always electronic key cards. But we have found the most interesting rooms still use the old deadbolt. Picking a lock was a skill I never mastered but Simon took to it quick when we were in high school lifting cars. Probably good I never did. Landed him jail time and a janitor position. Simon popped the door open.

Inside there was a round table. Hovering over it was a hologram of the earth. “Whoa! This looks like something out of Tony Stark’s Iron Man movie,” Simon said.

I concurred and then added, “What does it do?”

“I don’t know. Heard them say ‘gateway’ and sounded like something you might see on Stargate or – what was that show they jumped realities trying to get back to their own?”

“Sliders? That show was the bomb. So what do we do with this thing?”

“Don’t know Jimmy. Thought you were the college grad?”

“Community. They don’t cover Tony Stark Doesn’t-exist-yet tech there. Hell, we still had to use the Duey Decimal System in the library.” I said. As I did I raised my hand up near the hologram of the earth. It began to rotate. “Whoa, look at this.”

Simon took a turn swiping his hand across and giving the earth a rapid spin. I raised my hand in a stop motion and the globe stopped. Above it stood a date: March 14th, 2018.

“Is it… a time machine?” Simon asked.

On the table there was a couple sitting outside a café. The woman was yelling at the man while showing him something on her phone. I looked up. The map was on Seattle, Washington.

“I have an idea,” I said. Without waiting for Simon to agree I moved the globe over to Texas and put my finger on HoldDale Community College. Then I spun the globe forward. Every time I stopped it, the date above changed. I rotated it to December 19th, 2019. It was hard to move within a set date. It would jump ahead to December 20th, but I finally got it to 10pm. Carefully, I zoomed in on the exit ramp to Founder’s Hall. There I was kissing my date.

“Jimmy getting some!” Simon slapped me on the back. Unprepared, I stumbled forward. My face entered the holographic screen. As it did, I felt the cold chill of the wind that night and my memory. I recalled the outside smelled like someone cooking BBQ. I smelled it again, except it wasn’t a memory. I was really there. I backed up and instead of re-entering the lab, I stumbled over a bush edging the sidewalk.

I was in 2019 again. I stood up. The girl was standing on the steps as other me scuffled around the corner. I remember being giddy with my first kiss, terrified at the invite to go further. I looked back. The NASA lab was no where to be seen. Somehow, I had invaded my own past. It was as if I was borrowing my own life, getting a second opportunity. This time I would not leave.

“Sarah, Sarah!” I yelled as I ran down the walkway to where she still stood on the stairs.

“Jimmy?” She pointed to where my other self had walked and then to my clothes. “You were over there? And dressed up?”

I looked at my wrinkled khakis and polo shirt, definitely not formal wear. “I thought quick and offered up the lame comment, “If we are going back to your place I wanted to change.”

“You are a quirky one, for sure. Cute, but quirky,” she pinched my cheek before planting another kiss on my lips. This time we also embraced. I held it till she made the motion to let go.

The next morning I offered to run to the corner store to get some coffees and bagels. Outside the door stood Jimmy. He was in a convertible Mustang. “Jimmy,” he shouted. As I walked over to his car he said, “Guess what? Once you left I figured I’d give it a go. Dropped myself somewhere to make a whole lot of money. Invested most of it in Pfizer and Zoom. This time next year, you and I are going to be rich! How’s it going with the girl?”