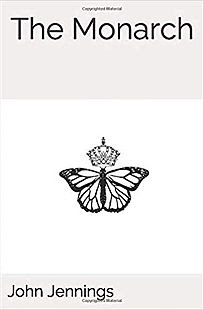 I had the pleasure to correspond with John Jennings

about his new work, The Monarch, recently.

It was always (my) ambition to write a novel though. And that all became serious when I was still teaching in England.

John, Thank you for speaking with me. Tell us a little about yourself and what led you to be a writer?

Well, I have been writing pretty much my whole life in one form or another. I went to university at 20 and studied English literature as a major. This was after an interest in English literature at school and college. I then worked for a while on a paper in London before going on to study journalism. I had my first article published when I was in my mid-twenties and have continued to write ever since.

It was always the ambition to write a novel though. And that all became serious when I was still teaching in England. I was encouraging so many of my students, all adults, that they should follow their interests and dreams. I offered to pay the fees for a young lad to submit his application to enter the university system. Like many people in Sunderland I met, he was pretty poor, working part-time as a cleaner, but with big well justified ambitions to become an artist. I thought, here I am encouraging everyone else. Get your finger out! I looked into a PhD, but my MA credits weren’t gonna be recognized as they were from 2000 – this was around 2016. That’s when I started focusing on the idea of the novel, and the idea of self-publishing - as opposed to vanity publishing - was born.

Reading and writing can be the best escape, potentially helping counter the onset of depression and the sense of isolation, especially in these strange times with lock-downs and everything.

I have always written about what I know about, whether through direct experience or through knowledge gained through reading. I am a big fan of James Joyce, as well as the Classic English and Irish, Russian and French novelists, especially from the Nineteenth Century.

Travel is my biggest hobby, that’s the beauty of living here in Ireland. I am away from my home-town of Newcastle upon Tyne, England, and have visited many countries, The US and Canada on four occasions. I intend to write a lot more books encompassing my travels, either in novel form or as contemporary travel literature. I love Michael Palin and Louis Theroux.

I am also hugely into films of all descriptions, mainly American and British, but I do like Australian, European and World Cinema.

Try to get your head in the right place. Ignore the distractions, as best you can.  Definitely do some research on Barnes and Noble and Kindle Direct Publishing, just to give you the reassurance that you will get your work out there. Once you have written a fair few sections of your book, upload it, but don’t publish. Leave it as a draft to be previewed. I did this and it really inspired me in the process of publishing through Amazon. Nothing like seeing the draft on the tablet to provide motivation.

The fees for my MA in journalism. And the bus fare to London. After that, anything was possible.

Just get on and write. Nothing more to it than that really. Although, I have been keen to develop over the years, and have been involved in writing, website creation and desk-top publishing for years, without those skills and experience I would have never known where to start, I doubt. It has been a gradual evolution, more of a pursuit of an ambition developed years ago from a spark. But ultimately, you need to follow your dream.

My favorite part, undoubtedly, is during the editing process.

As you’d imagine, finishing the final edit and getting it up there in print.

My favorite part, undoubtedly, is during the editing process. As you’d imagine, finishing the final edit and getting it up there in print. I look forward to getting the paperback. I love computers and, unlike my wife who can’t abide the e-copy format, I have no problems, and generally read on my phone or on my laptop, even on my kids’ tablets. Nevertheless, there is still something to be said for the feeling of having the tangible paper format in your hand. Nothing beats that really. It is every writer’s dream.

My book The Monarch is the exploration of small town mentality amid the stagnation of post industrial North-East England and Ireland. Although Northern England was a hive of industry and innovation, and formed the backdrop for much of the Industrial Revolution for a couple of centuries, it was left devastated in the Eighties. Even afterwards the area still suffers. The book, which reflects my marriage and move to Ireland, another country which certainly had its share of hardship, is a kind of symbolic catharsis, a reflection on the times and hopefully a part of the healing process, for me at least. It is supposed to be reflective of the change from the machismo of these areas towards a softer more feminine outlook complete with psychological symbology. It is essentially quite feministic, really, despite first appearances, and being written by a man.

Jerry longed to leave the bay. Surrounded by glass. Cocooned within the carpeted windowed outward-looking enclave, staring at the birds and longing for the open sea, or the pub cellar, his inner sanctum, his own sanctuary. Here he sat exposed and open to all. Unable to hide away, manipulated hourly by well-meaning nurses or care staff. Often less than well meaning.

Jerry was almost constantly and patiently persuaded to drink up, sit up or turn round. The daily exercise class, better than sitting doing nothing, he knew, but boycotted. A principled protest waning towards acceptance. The sea beckoned.

He looked out as the rain gushed onto the path ahead. Leading to the cliff edge, out to the North Sea, Jerry looked ahead, the wind-swept greenery of the garden, the gazebo to the left, cloven by the asphalt and bordered by the fenced off cliff edge. Beyond, the sea beckoned.

Fishing, trawling with his cobble. Managing the bar. Laughing, joking and idling away the time with friends, his family and the custom. Arthur. His long-time friend – side kick, some had said. Ahead the sea beckoned.

Thanks for sharing. What exciting story are you working on next?

I have begun, and I mean that, just the first few pages, of a new novel. Again it will be set between two places. Newcastle upon Tyne and London, England. I really don’t know much more, although I expect it will center around the youths of father and son, different places, different times – memories and the present juxtaposed alongside other characters’ stories. I’ll see how it develops, but I intend to again focus on differences in dialect and perceptions.

You mentioned a few earlier, but who are your favorite authors?

As I said earlier, I am a big fan of the Classic novels of the Nineteenth Century, and similar types of work which progressed from them. Hardy and Dickens were staples growing up, and I went on to study and love Joyce, EM Forster, Balzac, Flaubert, Conrad and Tolstoy.  I love dystopian works, like Swift and Aldous Huxley. I read We by Zamyatin, the inspiration for Nineteen Eighty Four, but I never really enjoyed Orwell’s fiction. I love all his non-fiction commentaries though, as well as all of Laurie Lee. - I hope to explore Orwell’s fiction in coming months I have also read all of Irvine Welsh, and was always impressed by his use of dialect. Edinburgh used to be part of the Saxon kingdom of Northumbria, geographically where The Monarch is set, and it is actually Northumbrian English that Scottish people are speaking when not using Gallic. His books inspired me to publish in North-Eastern English dialect, which is spattered throughout The Monarch amongst traditional English. I have always liked George McDonald Fraser, whose work I have read completely. I just recently read a lot of his daughter’s stuff, Caro Fraser, which actually provided some motivation.

Any plans for the near future other than writing?

I am planning on undertaking more reviews alongside progressing with my current novel. I often like to work on poetry, which I find rewarding given the right inspiration, which could be anything, anywhere, whenever.

Distractions, which are everywhere.

Yes, they are!  I have a friend who has an app that grows him a tree if he sets his phone down and doesn't pick it up. It is so easy to shift our focus. I have found other writers struggle with distraction as well. Are you involved in any writer groups?

I am not currently working with any groups, but I did help out with teaching a group Sikh women with Creative Writing, and have taught countless people various forms of writing. I am now working mainly online and am currently reviewing two novels with more expected to follow. I am thinking of contacting a local book club, not far from my home in Ireland. They are a  couple of English lawyers I know who frequently host book readings. It could be interesting.

I hope you all enjoy the book, and any further works I publish. Reading and writing can be the best escape, potentially helping counter the onset of depression and the sense of isolation, especially in these strange times with lock-downs and everything. If anyone wishes to contact me via my website, I will always do my best to reply. Nothing beats the contact of other people. 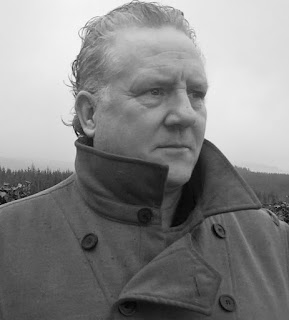 Although it will be available to order form bookshops in future, the easiest way to get the book is from amazon:

It can also be read on Kindle Unlimited, the reading library available to members who pay a monthly subscription to Amazon.

If anyone wishes to buy a signed copy this can be arranged by contacting me though my website: