Today, we have an opportunity to talk to Darryle Purcell.  Darryle has written the book, “Mystery of the American Yeti.”

Mystery of the American Yeti

I started off as a cartoonist. Following serving as an Army paratrooper, including a year in the Central Highlands of Vietnam, I worked my way through college studying art. While in school I began selling editorial cartoons to a variety of publications in the Los Angeles area. I also made my own animated films in college, which led to fulltime work at Filmation Associates in Saturday morning cartoon programs. Later I worked a few years illustrating and art directing educational comic books and young reader books, all the while selling freelance cartoons. In the early 1980s I began working in daily newspapers, starting as an editorial cartoonist and spending most of the ’90s and up to 2005 as a managing editor. I spent my last eight years in the workplace as a public information director for a county in Arizona.

I began writing in college, but it didn’t become a big part of my life until the ’90s. I learned it was just as fun to write a column or editorial concerning a political situation or official, as it was to draw a cartoon. The majority of my opinion-page columns were humorous takes on current events. I carried that style over into my current fiction. I like writing action and adventure stories but I learned in Vietnam, survival depends on finding humor in situations. Without it, reality can become a little too dark. 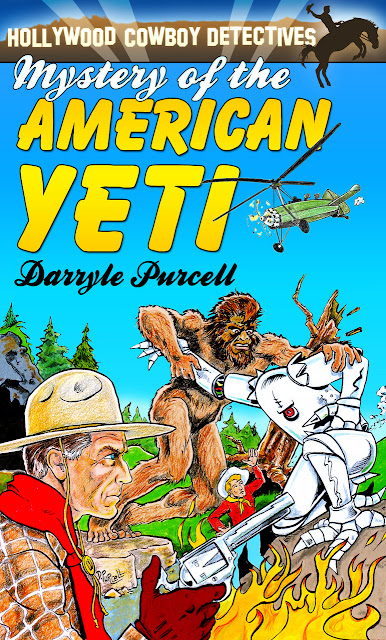 I’m retired and living on a few acres in rural Arizona, where I can write, draw, work on my property, talk to the coyotes, or anything else I want whenever I want. But when I’m working on a novel, I try to write every day.

There are a lot of things going on today in the news that are similar to what was going on in the late 1930s and early 1940s, especially in politics. Historical research can be eye opening. I also use my own experiences of dealing with angry officials in my capacity as an editorial cartoonist, columnist and managing editor. Some of my villains are very close to current politicos. My knowledge of jungle warfare, parachuting and attitudes of men in combat tend to move things along in a few of my books. My love of the wonderful B-westerns of the old days is the glue that brings the Hollywood Cowboy Detectives humorous adventures to fruition.

I’m old. And after many years of writing and drawing for newspapers and other employers, I now write and draw for myself.

If you are young, take college classes and find work as a public information officer or reporter where you will be writing every day.

With your fiction, write what makes you happy. There are a lot of critics out there, but the most important one is you. Research your settings and create a tight plotline to get from A to Z. Develop characters you like, as well as some you don’t. But put living, breathing beings on paper and, sometimes, let their characters speak, act and choose directions.

If you enjoy your work, you will do a good job. Don’t write “End” until you are happy with your product.

Here is the descriptive blurb I wrote concerning “Mystery of the American Yeti.”

It’s early 1941 and Germany’s National Socialists have joined forces with Russia’s Soviet Socialists to sabotage the American way of life. Republic Pictures flack Curly Woods, studio chauffeur Nick Danby and western film stars Hoot Gibson and William S. Hart have saddled up to put their lives on the line for the red, white and blue in this full-length non-stop action adventure.

The cowboys travel to the Cascade Mountains in northern California to track down information on a newsreel crew that vanished in 1929 while attempting to catch the legendary Sasquatch on film. During their efforts, they discover an ancient hidden city built thousands of years ago, which has been taken over by a psychotic madman who is funded by the Nazi and Communist regimes. The evil despot’s fortress contains a hospital of death where innocent civilians become victims of sadistic experimentation. Curly and Hoot, with the help of Bill Hart and Nick Danby, battle foreign and domestic saboteurs, gigantic metal creatures designed to kill and destroy, and an army of enemy fanatics. And then there’s the Sasquatch!

“Mystery of the American Yeti” boils over with pulp-action sci-fi western thrills reminiscent of the amazing Saturday matinee cliffhanger serials of the 1930s and ’40s.

The old man’s eyes burned with hatred behind his two revolvers, which were aimed at the five surly men.

“Get off my porch!” he growled through his clenched teeth as he kicked the front door wide and advanced toward them.

The men, who were wearing lumberjack boots, Levis, knit caps, and heavy flannel jackets, began backing down the steps.

“What lawn?” a scrawny man wearing his cap at an angle sputtered. “There’s nothing there but dirt and rocks, you delusional old fart!”

A .38 caliber slug slammed through his hand, causing him to drop the timber axe he was carrying. The others quickly followed suit by releasing their large forestry tools to fall on the alleged “lawn.”

“We meant no harm. We just came to warn you,” the leader, and largest asshole in the group, said as all of the men backed down onto the stone walkway.

The elderly resident shoved the hot barrel of his right-hand weapon against the leader’s forehead and quietly snarled, “And I’m warning you. Show up on my property again and I’ll bury your mangy hides here!” 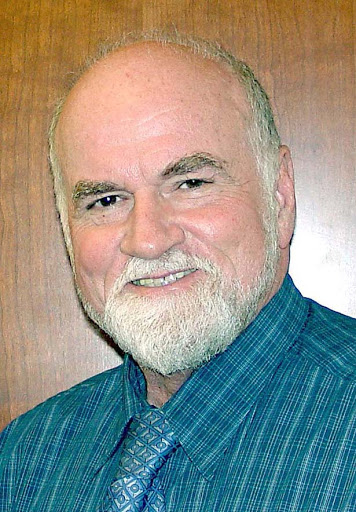 I recently turned in my latest Hollywood Cowboy Detective novel and illustrations to my publisher (J.M. Stine of Buckskin Editions). The working title was “Mystery at Satan’s Corona,” but that may change to “Mystery at Winchester House,” for obvious reasons.

It’s summer of 1941 and the Hollywood heroes battle against an occult evil during their most bizarre and dangerous adventure. Republic Pictures flack Curly Woods, studio chauffeur Nick Danby and western film star Hoot Gibson encounter supernatural beings, enemy agents with occult powers, alien monsters from another galaxy and a good-guy ghost from the future.

Back in the 1950s, I saved my quarter-a-week allowances up so, when I would go into town, I could buy delightful, imaginative pulps and paperbacks. Today I try to recreate the enjoyment I got from those escapist adventures.

Since I’m an old guy and most of my working years were before Kindle, I prefer ink-on-paper publishing. Right now, I have 10 Hollywood Cowboy Detectives paperbacks and two Man of the Mist paperbacks. There is a third Man of the Mist Kindle edition that hasn’t been released as a paperback yet.

Go to amazon.com/author/darrylepurcell and select “all formats,” “Kindle Edition,” “Audible Audiobook,” or “paperback.” Many of my earlier Hollywood Cowboy Detectives paperbacks contain bonus short stories. Right now, I only have one audiobook, “Trail of the Bat Beasts,” (also available in Kindle and paperback) which is one of my Man of the Mist pulp adventures.