I have not been this excited about a movie in a long time. 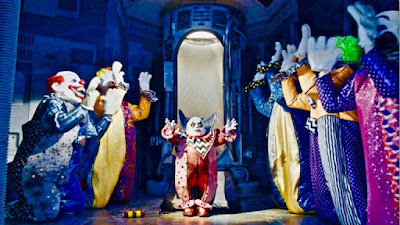 Here is what the Den of Geek says:

"As comedy, each of the set ups have great payoffs, and the running gags never trip up, even if Eddy slips into Shakespearean soliloquies before exiting, stage left."

IMDB offers this great quote straight from the script:

Eddy Pine: My mother's a junkie whore. My father's an alien from outer space. Killer clowns are out to get me. My a**hole's the portal to the Sixth Dimension - and they cancelled my f***ing series! Do you really think everything's going to be ok? 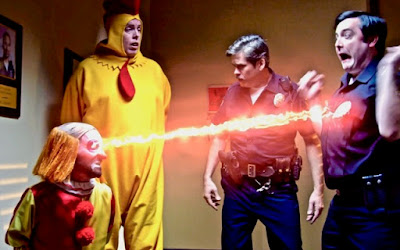 Which brings us to our next point... What is this film about? You have watched the preview (if not, you MUST scroll back up and do so NOW), so you probably have already deciphered that this is the classic tale of the out of work actor. Well, an out of work actor that discovers he is part of an intergalatic battle involving clowns and aliens.

Elfman: Okay, before we get started, I've handed out slips of paper. Everyone write down a type of person,  three adjectives and a verb involving intergalactic space travel.

#1: Here is my slip. (hands in slip along with other writers).

#2: Here is mine. So what is this movie about we are writing today?

Elfman: It is the classic tale of an out of work actor trying to find his purpose in life after his series is cancelled.

#1: So was the slip of paper like an icebreaker game? Some fun before we get started?

Elfman: No. In fact, we are done. We just wrote it. (looks at slips of paper). Our actor will now have to battle clowns, aliens, gangsters, and hipsters. There will be vomitting lasers, intergalactic lollipop spinners, exploding heads, and little people. Oh, and some vintage cars. Any questions?

And I, for one, can not wait to sit in a theatre to watch it unfold. I should warn those of you with sensitive eyes, there may be a bit of crude humor mixed in to the shakespearean overtures. If that is not your thing, then you had best stay away. Which allows me to social distance while eating my popcorn anyway. I will probably even buy some peanut M&M's to mix in my popcorn. That is how much anticipation I have of this film. 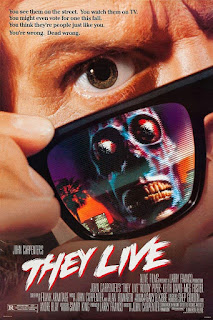 Truly, I have not been this excited since the last time a noble American discovered a plot of intergalactic warfare. Yes, Roddy "Rowdy" Piper in John Carpenter's masterpiece "They Live."

This is the film where down-on-his-luck all American Piper, the wrestler who once slammed a coconut on another wrestler's head, finds some sunglasses in a trash can that allow him to see the aliens posing as humans.

It leads us to perhaps one of the greatest lines in film history:

"I have come to chew bubblegum and kick a**.

And I am all out of bubblegum."

But we digress. On January 29th. Or last year. Or in March. It all depends on which website you believe. But someday soon or very recent past we will be able to watch Aliens, Clowns, and Geeks.

Go now to the Den of Geeks. They are a spectacular location on the web. And really our primary source for all things related to the best film of 2021.

Start looking for your tickets now. 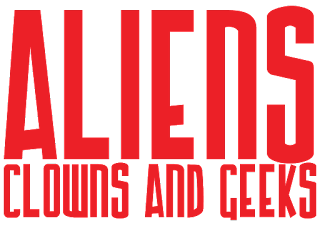