Interview and Review with Craig Leener 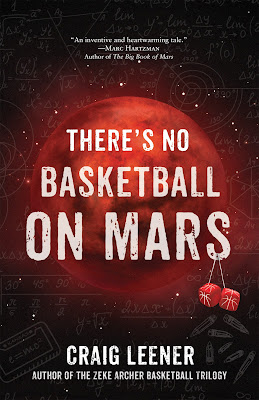 Today, we have an opportunity to talk to Craig Leener. Craig Leener has written the book, There’s No Basketball on Mars.

First, let me thank you for joining me. I appreciate you giving me your links, and I want to share those with our readers.

There’s No Basketball on Mars

That is great. Can you tell us a little about yourself and what led you to start writing?

Despite being relatively earthbound most of the time, I’ve long maintained a keen interest in space travel. I’m also a big fan of basketball, having immersed myself in the game since my youth as a player, coach, referee, fan and, later in life, as a sportswriter.

I have a solid perimeter jumper and an above-average ability to go to my left. My free-throw percentage on my backyard home court is an implausible 87 percent — and to this day, that number remains 100-percent unverified. And what I lack in foot speed, leaping ability, and defense, I make up for in court smarts and postgame snacks.

I’m also a lifelong opponent of the instant replay in sports. I maintain this contrarian point of view because of the intrinsic value I place on the human element’s potential to influence the outcome of athletic competition, inadvertently or otherwise.

Good thing about writing is there is very little instant replay and a lot the human element as we invite folks to read our works. Tell me about yours.

There’s No Basketball on Mars is my fourth YA novel, following the publication of the Zeke Archer Basketball Trilogy.

Like everyone who writes, I’ve always felt that I had a book in me, and I arrived at a point in my life around five years ago where I felt it was time to make good on the threat.

I get my inspiration when I visit old churches and cemeteries. That’s when storylines fall from the sky, and I’m standing there wearing a giant mental catcher’s mitt, and then I race home and sit in front of my iMac, and this thing happens where I’m serving as the typist for some higher power. I’ve written four YA novels, and it happens the same way every time.

Sounds like divine inspiration if I've ever heard it! What advice would you give someone who wants to be a writer?

Drop everything you’re doing and tell everyone you know that you’re writing a book. That way, you’ll have nowhere to hide. You will have to do it, or else.

That is true. My friends who ask me also motivate me. What is the best advice you have ever been given as a writer?

I have a journalism mentor, a former sportswriter for the Los Angeles Times. He used to tell me, “Leener, put a period on it and file it.” The message there is you can’t tinker with something forever. Eventually, you’ll need to release it to the world and move on to the next project.

This is too true. I have some friends who struggle with edits and edits. Putting your best work out there means also putting it out there. There is a time to let it fly into the world. As it does, we wait and see how it is received. In that light, what does literary success look like to you?

Dedicating a book to my grandson.

Cool. Please tell us about your current release.

Lawrence Tuckerman, a neurodiverse 15-year-old on the spectrum, dreams of being the mathematics flight specialist on NASA’s first-ever manned mission to Mars. Lawrence’s dream comes true more quickly than he’d expected when he is suddenly and unexpectedly recruited for a top-secret mission while still in high school. And Lawrence soon discovers that mathematics isn’t the hardest part of working with a team of astronauts and mission control specialists. Can Lawrence handle the pressure and isolation without his best friend, basketball star Zeke Archer, by his side?

Can you provide us with a small exert?

And I also navigate my way through the world by my sense of taste, especially with pepperoni pizza, but only from the best pizzeria in Los Angeles, Mike’s Pizza on Broadhurst Parkway, and only when my pizza has been cut into seven slices, instead of the customary eight. 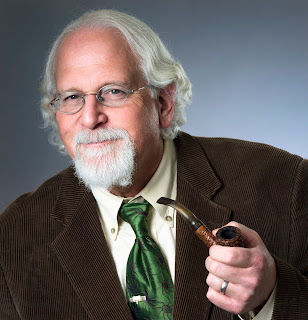 Whenever there’s a rookie pizza-slicer guy hired at Mike’s, and he slices my pepperoni pizza using the conventional eight-slice pizza-slicing method, I don’t eat it.

Once I threw a whole pepperoni pizza against our kitchen wall because it was cut into the standard eight slices instead of seven, and my dad told me if I did that again, it would be a long time before we had takeout pepperoni pizza from Mike’s.

So I stopped doing it.

When the angle of the sunlight streaming in through our kitchen window is just right, I can still see the shadowy grease stain on the wall, because Mike’s pepperoni pizza is as greasy as it is tasty.

And we have pepperoni pizza from Mike’s every Tuesday because it’s the only day of the week whose name is constructed using precisely seven letters.

That's great. What exciting story are you working on next?

I’m writing a sequel to the Mars book. 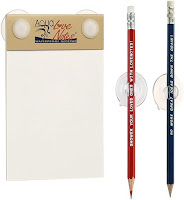 I bought a waterproof notepad kit called Aqua Notes. It comes with 40 sheets of waterproof paper, a No. 2 pencil and suction cups that attach the pad and pencil to my shower glass. Now whenever all those negative ions are flying around and I get a storyline brainstorm, I can capture it. Best eleven bucks I ever spent.

That is awesome. I looked it up - you can buy it HERE.

Self-doubt. It creeps in every time I speak with my developmental editor, and she tells me there’s a better way to say something, and I end up wondering whether I’m good enough to keep going.

There’s No Basketball on Mars is available now wherever books are sold in the solar system.

MY REVIEW: I was given a copy for review. The thoughts and opinions are my own.

"Math equals Truth. That's why I never lie. Ever."

I am new to Craig Leener's fictional world but one does not need to read the first three books on Zeke to enjoy this excellent work on one of the original trilogy's minor characters. The book focuses on Sherman Tuckerman. He is autistic, likes routines, avoids loud noises or physical contact, loves the number seven (don't cut his pizza into eight slices), prefers not to talk, and goes by Lawrence. Lawrence's life is routine as he works on an old Chevy, receives notes from his college bound friend Zeke, plays chess, and responds to his dad (and others) by passing notes instead of talking. That is, until Dr. Murakami and Flint Garrison show up. They have exactly seven months to get a basketball size package rescued in order to change the medical world forever. And they need Lawrence.

The story picks up pace after he is enlisted and is a great read. It offers much of the excitement Any Weir's The Martian offers on a teen level as well as portrays well a child with autism. It reminded me as well of that old movie Space Camp where the kids get launched into space and have to figure it out sometimes in spite of the adults. And as for Lawrence, I was drawn in to love him as a central character the same way I am with Young Sheldon. Just quirky enough to be intriguing, but enough like me to be identifiable. As Stone Godfrey asks while in outer space, "What does this Zeke fella's recoiled shooting arm have to do with capturing a sample container orbiting Mars?" Only the young mind of Lawrence can tell how the same principals he used to help his friend Zeke (previous trilogy by the author) can now save their mission and perchance help advance the world of medicine forever.

There's No Basketball on Mars is a great read offering the limelight to an autistic (albeit autistic savant).