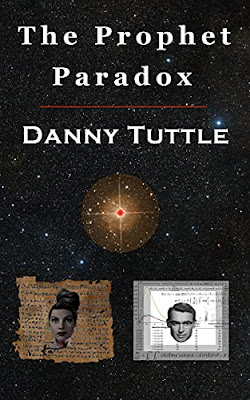 I was given a copy of Danny Tuttle's The Prophet Paradox to review. The opinions are my own.

Here is my review:

Danny Tuttle’s The Prophet Paradox is a fun read for anyone who enjoyed books like Angels and Demon or  DaVinci Code. It also reminded me a lot of National Treasure and Romancing the Stone. That is a testimony to Tuttle’s character development throughout the novel as well as the plot that moves the reader along a great storyline. It is clear that Tuttle brings his experience as a chemical engineer, military, and enthusiasts of ancient things to his writing.

The Prophet Paradox opens with Bible scholar Anne Hart lost in Egypt. Soon, after cussing out a monk for staring at her, Anne sees what others see: she looks like the woman in Sobekneferu’s mural… the daughter of Isis. From there we embark on a fun journey of texts including a missing verse, crumbling catholic churches, a rescue by the Hajj, storms conjured, Scripture verses, dreams, and a supernova explosion.

There is a cast of other characters as the story progresses. I particularly liked Talin and Adam. One of the most enjoyable parts of the book was how characters were not just plot placeholders. They each were given time and attention to become their own personality. But in the end, we are drawn back to Anne. We are comforted that there are scientific explanations and explanations of reason behind everything. However, we are also warned as readers that, “There are more things in heaven and earth than are dreamt of in your philosophy.” 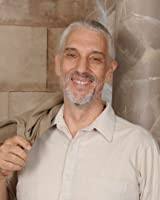 My first recollection was to set this interview with my others on my website and my blog. However, I have set it in my "On Writing" section. Here is why. The story is a fun read. It is reminiscent of a lot of things I enjoy from a good mystery to biblical and ancient world stories. If anyone recalls, my own novella, Twelve Hours on the Block, is a modern retell of Aztec Creation myth. So, for me the book was easy to pick up and fun, even in its more bizarre moments.

What made it really stand apart for me was the appendix. Danny gives a brief overview of the key source material for his story. He offers summary versions of ancient myths, scientific evidence for certain aspects of the novel, and his Scriptural research. Overall, it forms a "what ideas intersected to bring this book about" type of memoir. I didn't know it was there. Upon completing the story, I found it a superb insight into how to write a complex, well paced mystery. It isn't a "how-to" as much as a "how-I-did." I would encourage anyone considering writing in this genre to pick up a copy, read the story, and then spend some time looking at Tuttle's sources. Just be sure to do it in that order. The result I think is not only a good read, but also a lesson on how to weave ideas together. Well done!!