The Adventures of a Southern (Baptist) Buddhist

This post is part of a virtual book tour organized by Goddess Fish Promotions. Pamela McConnell will be awarding a $15 Amazon or B/N GC to a randomly drawn winner via rafflecopter during the tour. Click on the tour banner to see the other stops on the tour. 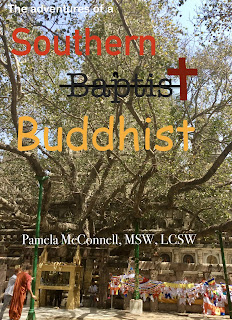 This true story is about a girl who is born up north; into a conservative, fundamentalist/evangelical family—but then becomes a Liberal Buddhist.

Her family moves back to their roots in the Appalachian south, where Pam is molested by her grandfather. She later owns her sexuality by becoming promiscuous; beginning a pattern of serial dating, marrying, and divorcing.

She is first married at 18 to another 18-year-old, who gives her a beautiful son—but he is a redneck and they have nothing else in common. Her second husband is a talented musician but turns out to like sex with men. Her third husband speaks five languages and is a Pakistani, but he beats her up. Her fourth husband is a chef who makes delicious meals but turns out to be a felon and a crackhead. Finally, the love of her life neglects to tell Pam for seven years that he is married.

In the meantime, Pam completes two degrees and works as a counselor, and then 20 years as a hospice social worker. She begins her hospice career in Southern California, where she has moved to get away from the DEEP South. That is where she converts to Buddhism. From that point, she begins to look inward for the answers to her questions about life’s meaning.

Pam leaves the country after two failed relationships, some years apart. She spends a year teaching English in South Korea and goes from there to Pakistan with her third husband. In between, her dad dies and Pam reconnects and bonds with her mom, backpacking on the Appalachian Trail. When she leaves the love of her life, she goes on Pilgrimage to India and Nepal. The meaning of her life is coming into focus.

At the end of the book, Pam goes on a trek in the Himalayas, on the Annapurna Circuit. Just over the three-mile high pass is a magical Pure Land in Muktinath, with a Buddhist temple that is dedicated to the female Buddha Vajrayogini. With a new perspective, Pam has the realization that her Enlightenment is ensured; she WILL become a Buddha someday.

I was born on a Sunday and attended my first (of many) church services that Wednesday. My first memory was gazing up at a bright globe of light, mesmerized. It was a church light and I was a babe in mom’s arms.

At the end of many sermons, our beloved pastor would give an altar call. Many would go down to the altar (a bench that one knelt before and prayed). I remember it sounded like a loud beehive: the sounds of many praying out loud; crying, shouting and whispering all over the church.

I would look around, noting the distress and fervor on the parishioner’s faces. At that point, no one was paying any attention to us kids. It seemed endless. Toward the end, someone might ‘feel the spirit’ and start jumping around or even running up and down the aisles, shouting joyfully:

After that, folks would be called to stand up and testify about what God had done for them. The standard testimony for us kids was:

“I love Jesus with all my heart and I want to go all the way with him.”

We were ‘saved’ after confessing our sins and letting Jesus into our hearts as our Savior.

There was another, higher level, called being ‘sanctified.’ That was when the Holy Spirit entered you. I was saved at about five years old; sanctified at about nine. I felt full of the love of Jesus and began reading The Bible and praying. 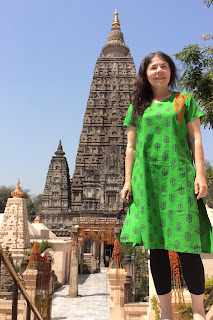 Pamela McConnell, MSW, LCSW was raised in a fundamentalist/ evangelical Christian church and family. At age 34 she converted formally to Buddhism. She has recently completed a Pilgrimage in India and Nepal. Earlier, she spent two years in Asia: a year teaching English in S. Korea and a year in Pakistan with her 3rd husband. She worked as a counselor after earning a B.S. in Psychology. She worked as a hospice social worker for the last 20 years of her career after earning an MSW degree and becoming licensed as an LCSW. She is an avid backpacker and trekker, having done 500 miles on the Appalachian Trail and more than half of the Annapurna Circuit in the Himalayas.

___________________
THANK YOU
Thank you for reading Jerry's Circumlocution where I promote independent authors, toss out a few reviews, wax eloquent occasionally on writing, or shamelessly self promote. 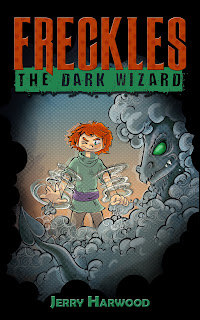 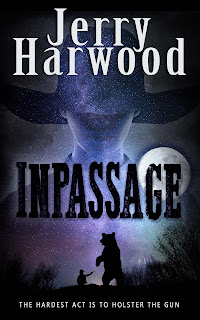 Or keep an eye out for these other titles!

A book is like a child. The author gives it birth. Then it is raised by the author and a team of teachers, coaches, and family (we call these people editors, beta readers, and publishers). all of this is to prepare the book for its journey into the world where it hopefully will meet you, the reader. I have the privilege of being my books' parent, but you are whom it is truly meant. Thank you.