Today, we have an opportunity to talk to Anne Montgomery.  Montgomery has written the book, Wolf Catcher. 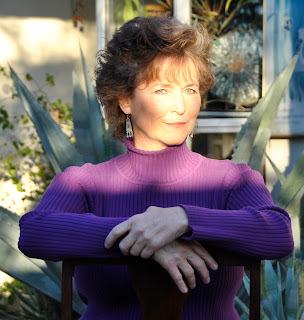 I have worked as a television sportscaster, newspaper and magazine writer, teacher, and amateur sports official. My first TV job came at WRBL‐TV in Columbus, Georgia, and led to positions at WROC‐TV in Rochester, New York, KTSP‐TV in Phoenix, Arizona, and ESPN in Bristol, Connecticut, where I anchored the Emmy and ACE award‐winning SportsCenter. I finished my on‐camera broadcasting career with a two‐year stint as the studio host for the NBA’s Phoenix Suns. I was a freelance and/or staff reporter for six publications, writing sports, features, movie reviews, and archaeological pieces. My novels include Wolf Catcher, The Scent of Rain, A Light in the Desert, The Castle, and Wild Horses on the Salt. I taught high school journalism for 20 years and am a faculty associate at Arizona State’s Walter Cronkite School of Journalism where I teach sports writing. I was an amateur sports official for four decades, a time during which I called baseball, ice hockey, soccer, and basketball games and served as a high school football referee and crew chief. I’m a foster mom to three sons and a daughter. When I can, I indulge in my passions: rock collecting, scuba diving, musical theater, and playing my guitar.

What led you to start writing?

I began writing when I was a sportscaster. People always seem surprised that we TV folks must research and write the things we say on the air, but that is generally the case. I was tasked with telling stories quickly and succinctly. When I moved into print reporting, I had a bit more leeway in regard to story length and details. Moving into novel writing seemed a logical next step.

"DON’T EVEN CONSIDER QUITTING YOUR DAY JOB! Being an author is not just about writing books. It’s about negotiating the wacky world of publishing. The advent of the Internet and Amazon has turned the publishing world upside-down.

Authors, even traditionally published ones, must participate in marketing and sales and often have little financially to show for their efforts. They must have websites with active blogs. They must spread themselves all over social media.

And, perhaps most importantly, they must have thick skins. You will be rejected constantly by agents, publishers, reviewers, and media outlets. If you easily get your feelings hurt, please do yourself a favor and find a different profession."

As a former reporter and news junkie, my ideas are often spurred by interesting articles I come across in newspapers or magazines. For example, my first book, A Light in the Desert, was inspired by the sabotage of a commuter train in the wilds of Arizona, a deadly event that occurred in 1995 which remains a cold-case crime. Another book, The Scent of Rain, is based on an Arizona cult which was based in Colorado City. Men took multiple wives and often married underage girls, keeping them cutoff from the rest of the world. Wild Horses on the Salt documents, among other things, the problem of civilization intruding on the habitat where wild horses should be running free. Other topics I’ve written about include domestic violence, PTSD, archeological looting, rape, and child abuse.

I often stick my hobbies into my novels. I’m an avid mineral collector, and I doubt there’s a book I’ve written where rocks aren’t discussed in some manner. Also, I’m a scuba diver, and when given the chance to add a character who’s a diver in my novel The Castle, I never hesitated. Note that my first five novels take place in the beautiful state of Arizona, one of the most fascinating and diverse ecosystems on the planet. I enjoy my treks into the wilderness so much that I never fail to extol the virtues of my fantastic desert state in my books.

DON’T EVEN CONSIDER QUITTING YOUR DAY JOB! Being an author is not just about writing books. It’s about negotiating the wacky world of publishing. The advent of the Internet and Amazon has turned the publishing world upside-down. Authors, even traditionally published ones, must participate in marketing and sales and often have little financially to show for their efforts. They must have websites with active blogs. They must spread themselves all over social media. And, perhaps most importantly, they must have thick skins. You will be rejected constantly by agents, publishers, reviewers, and media outlets. If you easily get your feelings hurt, please do yourself a favor and find a different profession.

I have been writing books for over 25 years. Much of that time I was a high school teacher. I rarely worked on books during the school year. Generally, I wrote during my vacations. Today, I’m mostly retired from the classroom, though I do teach a sports writing class at Arizona State University’s Walter Cronkite School of Journalism. So, I can write pretty much whenever I wish.

As a former reporter, I love the research involved in writing. I really enjoy meeting and interviewing people who can give me an insight into my characters. For example, in my novel The Castle, I got to interview a woman who was a National Park Ranger. I learned so much from her that she became the basis for my main character. And in my book Wild Horses on the Salt, I interviewed a cattle rancher who was also a beekeeper. He, his cows, and his bees all made it into the book. Add in the fact that I get to go to really cool places to learn about the locations in my books and writing really can be magical.

I know most of us dream of best-seller lists and fat paydays, but with the number of books now being published annually, finding one’s novels at the top of the heap is like winning the lottery. That said, I just want people to read my books.

The past and present collide when a tenacious reporter seeks information on an eleventh century magician...and uncovers more than she bargained for.

In 1939, archeologists uncovered a tomb at the Northern Arizona site called Ridge Ruin. The man, bedecked in fine turquoise jewelry and intricate bead work, was surrounded by wooden swords with handles carved into animal hooves and human hands. The Hopi workers stepped back from the grave, knowing what the Moochiwimi sticks meant. This man, buried nine hundred years earlier, was a magician.

Former television journalist Kate Butler hangs on to her investigative reporting career by writing freelance magazine articles. Her research on The Magician shows he bore some European facial characteristics and physical qualities that made him different from the people who buried him. Her quest to discover The Magician’s origin carries her back to a time when the high desert world was shattered by the birth of a volcano and into the present-day dangers of archeological looting where black market sales of antiquities can lead to murder.

I have switched gears completely. I have written a novel based on the true story of a soldier who died mysteriously at the end of World War II. Here’s the synopsis.

Bud Richardville, an easy going, likable man, escapes the poverty of rural Indiana and is inducted into the Army as the United States prepares for the invasion of Europe in 1943. A chance comment has Bud assigned to a Graves Registration Company, arguably the most difficult job in the military. Bud and the other men in his unit are tasked with locating, identifying, and burying the dead. When Bud ships out, he leaves behind his new wife, Loryane, a mysterious woman who has stolen his heart but whose secretive nature and shadowy past leave many unanswered questions.

When Bud and his men hit the beach at Normandy, they are immediately thrust into the horrors of what working in a graves unit entails. They must clear away the corpses quickly, in order to protect incoming soldiers from the trauma of seeing the mounting cost of war. As the months drag on, Bud and his men are faced with cleaning up the ghastly remains of the Battle of the Bulge, the death tunnels beneath the bombed-out city of Brest, France, and the concentration camp at Dachau.

Bud’s personal life begins to unravel. His little boy was born too soon. Loryane gives him little comfort sharing nothing personal or kind in her infrequent letters. Then he meets Eva, a once aspiring concert pianist who, because of her husband’s work with the Resistance, is tortured by the Nazis. Still, Eva is an optimistic soul, who despite the war and her missing husband, can see a positive future.

The traumas caused by his work and losses in his personal life beat Bud down. He has a decision to make. Will he choose the right one?

I hired a publicist. While they helped spread my book around, even better, they taught me how to market and promote my books. I felt like I was taking a college class. I learned a lot.

What part of writing and publishing was most difficult for you?

Promotions and marketing are exhausting. And there is no way out of all that social media-website-blog involvement. It’s more time consuming and aggravating than writing books and, as previously mentioned, the rejections are endless. Still, it’s the only model we have, at the moment.

Are you involved in any writer groups?

I am. And it’s nice to have the support of other authors. Loved ones not in the field don’t really understand what we go through, so having those author voices available when we need them really helps.

Wolf Catcher can be ordered on Amazon here or wherever books are sold.