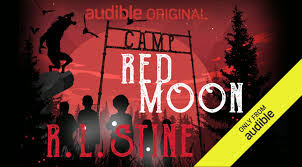 I picked up recently R L Stine's Camp Red Moon.  The purchase came after my dear wife bought me an annual pass to Master Classes.

I have listened to several, including the one on space travel as I watched Space X.  They are all fairly good.  I don't know I would pay the full subscription fee, but I got a discount deal they ran during the pandemic. 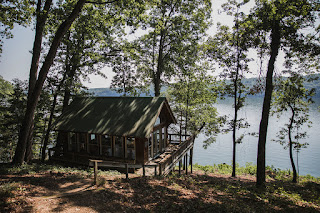 The best one so far has been Stine's MasterClass.  He talks through his writing, how he originated ideas (1950's horror movies), his process, and his encouragement to new writers.  In that, he talked about Camp Red Moon.  I had an unused audible credit.  I don't listen to books as often in my car now that I am work-from-home with my full time job!

It has several narrators, including Stine.  I'm about half way through it right now.  In a previous career, I was a camp director.  In fact, I would argue it was and is one of the best regional camps out there.  If you are in the southeast, check it out: 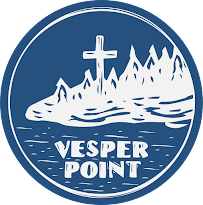 
My association with the camp as director made me particularly interested in how Stine told scary stories to young kids.  We had a few of our own, but always had to be careful.  My favorite from my experience was when one of my counselors told the tale of the "lost campers."
In the 1950's a group of campers went on an evening hike.  The nature trail, which ran along the seldom used back side of camp was their destination.  As the sun went down, they realized they were lost.  Compasses were pulled out and maps consulted.  The maps mysteriously faded to white.  The compasses began to spin.  The stars were then consulted to find true north.  But as they tried to walk out of the woods, they found themselves just walking in circles.  They were lost.  Forever.
My counselor told this story and always ended by telling campers if they listened really hard, they could still hear those lost campers crying out, "Ocho!  Ocho!  Ocho!"
Little did my counselor know that cabin #1 was having a last night dance party.  They had a boom box playing some popular pop song.  I think one by Taylor Swift or the Jonas Brothers.  They jumped up and down, becoming a group of sweaty, male tweens.  Being on the guy side of camp, they took shirts off to keep cool in the unairconditioned cabin.  Someone then threw up a bottle of gold bond.  The white baby powder drifted down.  It stuck to the sweaty dancers.
It was then they realized that they were missing their friends down the hill in cabin eight.  They rushed outside in their now ghostly white appearance.  Somewhere down the hill the radio was turned off in favor of their chant.  "Ocho!  Ocho!  We want Ocho!"

Needless to say, my counselor in cabin eight stayed up all night with some scared kids.  And never told that story again... at night... without making sure he wouldn't have dance party visitors.
We work through a lot of fears with sci-fi, horror, worlds of fantasy and magic.  These stories are important.  And while they need to be age appropriate, I appreciate RL Stine for reminding me in Camp Red Moon that children can enjoy these tales also.  Just maybe read them in the daytime! 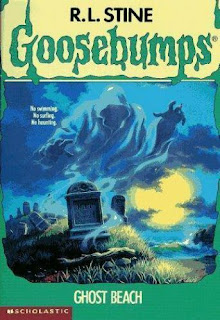